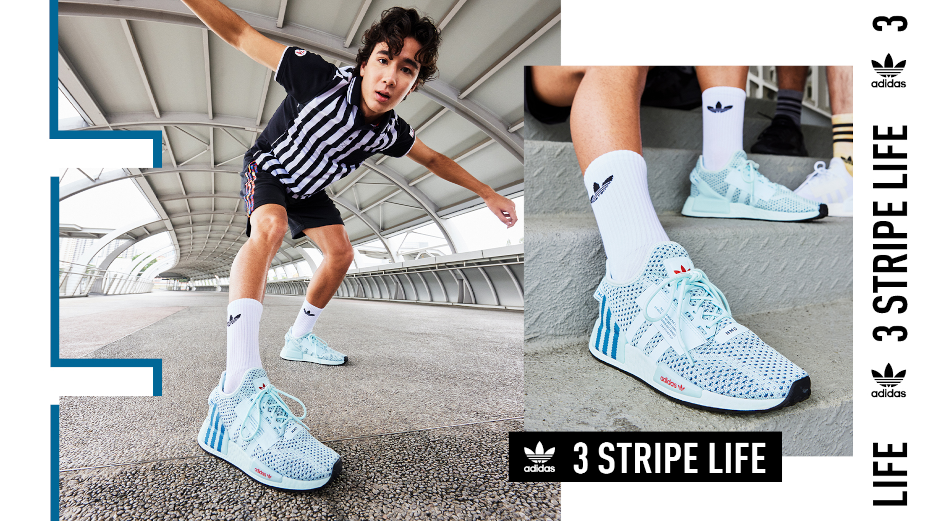 Continuing from 3 Stripe Life SS22, the adidas APAC team has teamed up with the creative production team Hot Icarus to push the creative articulation of the campaign in a fresh and energetic direction. Aimed to resonate more powerfully with a region-specific audience, the campaign celebrates Foot Locker’s exclusive footwear partnership through stills and film and will be rolled out both in-store and across digital channels.

Focusing on ambitious storytelling, the original Foot Lockers ambassadors of the production hero, the Foot Locker Stripers. Considered throughout APAC as one of the pioneers of sneaker society, the campaign channels the energy and style of The Stripers themselves to explore what defines a classic among a tight-knit and ever-evolving community of enthusiasts. shoes.

Directed by Hot Icarus’ in-house directing duo of Giles Rozier and Wij Travers, also known as Scintilla, filming took place in various locations across Singapore. Hot Icarus teamed up with local service company Epitome to ensure the project was built around a cast and crew that was truly representative of the Asia-Pacific market.

Scintilla comments on their vision and how it came to life: “3 Stripe Life is about redefining what classic means to you, using diversity and creativity to create a forward-looking style that speaks to Foot Locker and the soul of classic adidas stripes. We worked with adidas to create an energetic and adventurous look and feel that also remained authentic to a pan-Asian, peaceful market.

“We believe storytelling is at the heart of every campaign, no matter the size. And to infuse the new energy of Recoded into adidas’ 3 Stripe Life APAC activation, we wanted to capture exactly that – life itself. .”