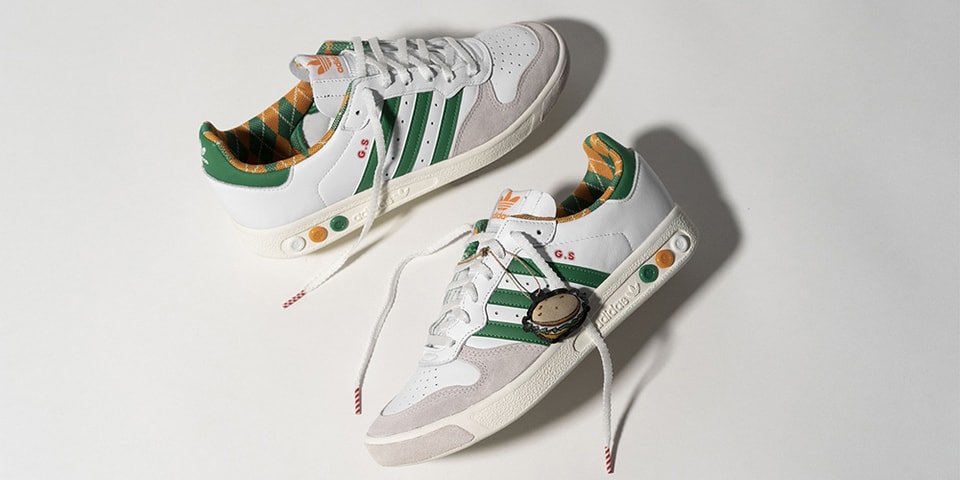 adidas has a rich tennis history, known for its partnerships with Robert Haillet, Stan Smith, Rod Laver and Ilie Theodoriu Năstase, and throughout its more than 60 years in the game it has also released various co-signed pairs as well. than icons such as the Grand Slam. Now, nearly forty years after its first release, the Grand Slam is back in a traditional tennis colorway of “Footwear White/Green/Off White”.

Crafted from leather and suede, the pair is about as original as it gets. “GS” branding hits the lateral center panel, trefoils appear on the tongue and alongside adidas script on the midsole, as well as on the heel, and the shape is especially perfect for a pair that dates back to 1984.

Obviously, the Grand Slam appears with its exclusive Vario Shock-Absorption System technology – a set of three variable-density pegs in the rear part of the midsole that can be modified by the wearer to alter the shock absorption required.

For this particular pair, adidas is referencing both its tennis past and the terrace culture that has embraced laid-back sneakers like this. It does this by applying a plaid print to the inside of the shoe, using the green, white and orange colors found on the outside. Similar to the uniform of tennis players and those on the sidelines in the 80s and 90s, it gives the shoes a laid-back culture aesthetic that could easily be paired with a Fred Perry polo shirt from the era.

Completing the shoe, somewhat intriguingly, is the hamburger-themed hangtag. Take a look at the adidas Grand Slam above and grab them from 43einhalb for just €119.95 when they drop on March 1st.

In other news, adidas just released a pair of Oceanic Parley UltraBOOST.