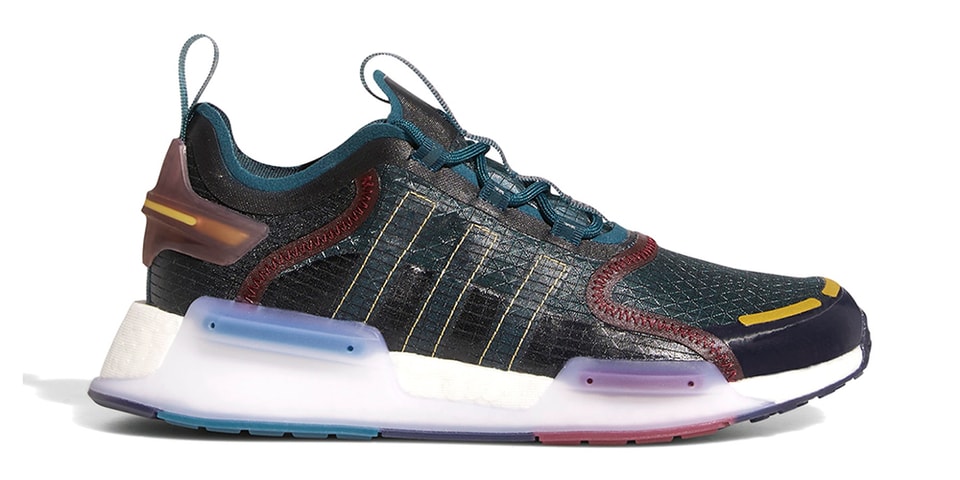 The Originals first released the NMD in 2015, and over its seven-year lifecycle, the pair have been interpreted in as many ways as possible. From the hugely popular collaborative line with Pharrell Williams to city-exclusive iterations and the legendary OG pair, the NMD is now enjoying a revival ahead of its global relaunch in 2022, appearing as the NMD_V3.

Available in “Utility Green/Legend Ink/Gold Metallic”, this NMD_V3 is the first pair to come in what is inevitably going to be a big shoe for the Three Stripes this year. Various updates can be found all around that make this pair unique, especially on the upper which eschews Primeknit in favor of a stretch knit upper made from at least 50% recycled materials. However, from the photos, the upper looks more like something structured, like it’s been coated with a clear coat to keep the pair sturdy.

The theme continues with exposed taping and stitching that marks the three stripes on the medial panels, while areas such as the toe box appear to be reinforced. At the heel you will find a semi-transparent clip which does not bear the Trefoil logo, but is adorned with a webbing heel strap like the one found on the tongue.

Elsewhere, the full-length BOOST midsole has been partially covered in semi-transparent blue and pink tinted midsole plugs, covering the base in some areas with the same material, while a finishing touch of rope lacing complete the pair.

As of this writing, the adidas Originals NMD_V3 in “Utility Green/Legends Ink/Metallic Gold” will only be available through adidas’ Australian regional website. It’s set to drop on January 31 and cost $240 AUD (around $168 USD).

In addition, a pair of Converse worn by Michael Jordan is put up for auction.