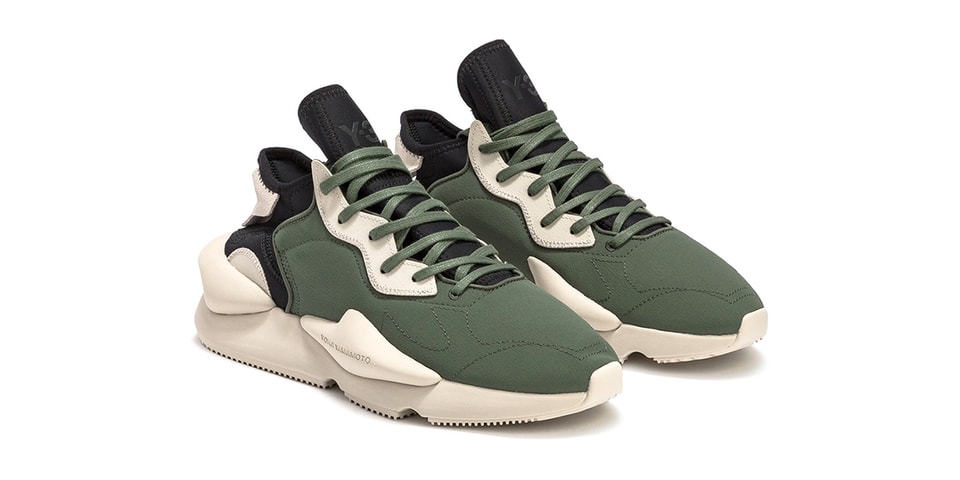 The The Y-3 label has recently introduced a significant amount of new shoe proposals, such as new models such as the Y-3 QISAN COZY and Y-3 AJATU RUN models and the Y-3 4D IOW Runner, the latter of which can alternate between a high medium and low. However, with the approach of the fall season, the avant-garde line brings our attention back to one of its models in line – the adidas Y-3 Kaiwa – and manufactures it in a colourway “Shadow Green / Black. ” muted.

Unlike the aforementioned new models which adhere to a simple black and white color scheme, this new offering features a palette more in tune with the leaf change season. The neoprene bootie underneath is dipped in a solid black shade and completed with a ‘Shadow Green’ layer that starts at the toe and ends at the ankle. The laces are also tinted in the military hue, while beige accents are distributed over the panels that adjoin the throat, the arched panel that rests on the side heel, and the Y-3 branded heel patch. The lower pieces are constructed with bulbous midsole molds which give the shoes extra dimension and also arrive with an all-beige exterior.

If you’re interested in copping, you can find them right now on the HBX store for $ 503.