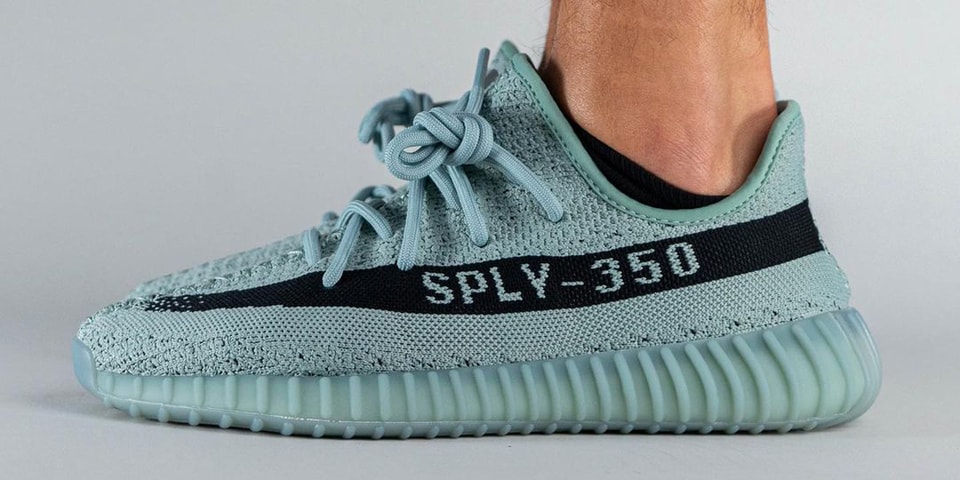 Now, after a first look at the colorway, the adidas YEEZY BOOST 350 V2 “Jade Ash” has surfaced on foot. The iconic style returns with its Primeknit upper wearing a mint green hue which is contrasted by a black “SPLY-350” stripe to the side. Matching mint rope laces and a translucent sole enclosing a full-length BOOST unit complete the look.

The specific release date for the adidas YEEZY BOOST 350 V2 “Jade Ash” has yet to be announced. For now, a November launch most likely remains priced at $230 through adidas and select adidas YEEZY retailers. Take a closer look above and look for official images and a worldwide release date to share in the coming weeks.

In other footwear news, the adidas YEEZY SLIDE appeared in a “Granite” colorway which is slightly lighter than its “Onyx” predecessor.