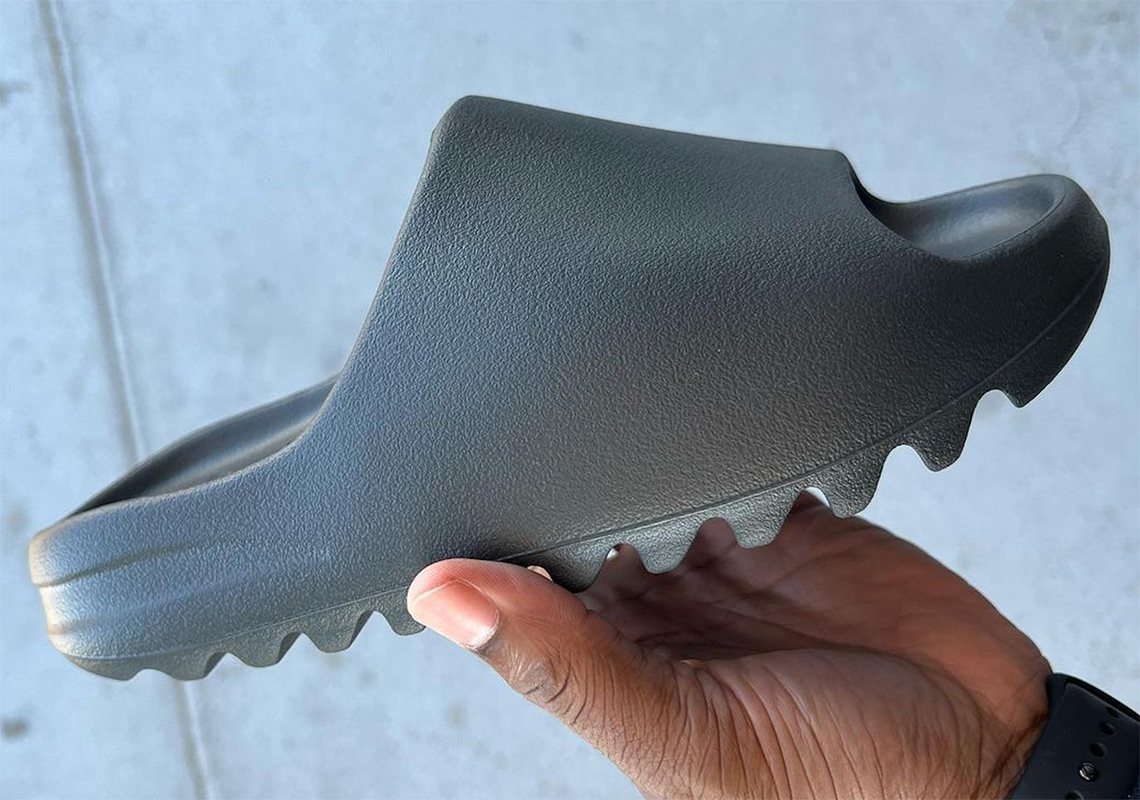 Commonly mistakenly referred to as “adidas Yeezy Slides”, the model is slated to finally (finally!) release in a tonal black (technically “Onyx) colorway on March 7th.

Similar to a recently released Yeezy Boost 350 v2, the upcoming pair covers its entire upper and sole unit in a very dark tone. From certain angles, the Yeezy Slide appears coated in a metallic gray, but official images of the slip-on model reveal a hue much more in line with Ye’s past black offerings. Either way, the “Onyx” set answers countless fans’ long-standing requests for a dark-colored pair of laceless Yeezys. No structural changes have been made to the ubiquitous style, but could change by the end of the year given the experimental prototypes once donned by Kim Kardashian. Before any of these are released, however, the 44-year-old and the adidas team will place an early bid on the ‘shoe of the summer’ with their latest slip-on.

Enjoy the in-hand images of the “Onyx” slides below (courtesy of Instagram user @jjoseph15), and anticipate a release on Monday, March 7, at the usual Yeezy retailers.

For more on the Three Stripes, check out Craig Green’s Fall/Winter 2022 collection, which includes some of the designer’s boldest designs to date.