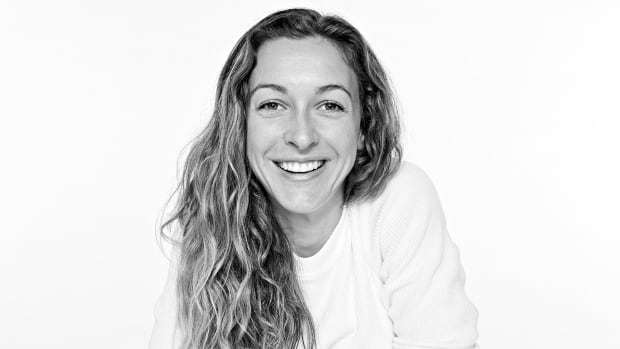 Gillian Pinder loves sports and problem solving, so being a mechanical engineer for Adidas developing new running shoes is a perfect fit for her.

“These days [at Adidas] are built around sport,” says Pinder, who earned an engineering degree from the University of Saskatchewan and is a former Huskie soccer player.

“I can play football at noon and go to the gym at two o’clock and it’s amazing.”

Pinder was lead engineer on one of Adidas’ latest shoes, the Adizero Prime X Strung.

She also started her own company, BareWear, which developed indoor shoes designed for people who use orthotics.

It’s been quite a trip for Pinder, who now splits his time between Adidas headquarters in Portland, Oregon, and back on the farm in Saskatchewan.

Pinder grew up in Saskatoon playing soccer for Eastside, then spent time with provincial teams, the National Performance Center and the Huskies.

She said being a student athlete taught her balance.

Pinder saw right away that there were few women in her engineering program.

“I also noticed that a lot of the clubs and extracurricular activities were very male dominated, and the few women who were in the [engineering] the university was not participating.”

Early in his engineering program, Pinder realized that mechanical engineering was a good fit for him and was lucky enough to meet Sean Maw, a professor who became his mentor.

“I was able to work with [Mah] in sports engineering research, then BareWare and kind of just continued.”

Mah said Pinder showed initiative early on and made the most of every opportunity that came her way.

“She built on one opportunity after another,” Mah said.

Pinder spent two years working with a team on the Strung shoe, which was just launched by Adidas.

“It’s a super light and fast shoe,” Pinder said. “It’s optimized to be very, very light and made in this unique way that basically programs these different fiber orientations to sit on the foot exactly where the athlete needs it.”

Saskatoon Morning7:53Saskatoon woman is making waves at Adidas and with her own shoe company

When a woman growing up in Saskatoon discovered the field of sports engineering, she knew she was the right fit. Now she works with Adidas – and has started her own company – and she makes shoes that fit other people. Gillian Pinder joins host Leisha Grebinski.

BareWare is a design project she started in school with two classmates.

One of the classmates wanted to do yoga, but had a medical condition that required her to wear orthotics.

“Back then, you had to wear your orthotics basically with closed-toe shoes. So the sportier one was like a running shoe, which isn’t ideal for certain yoga positions,” Pinder said.

They came up with an idea for a shoe product that would work for things like yoga or gymnastics.

They designed a product that can be inserted into custom orthotics or off-the-shelf arch support products.

“It provides the maximum amount of flexibility, range of motion, kind of connection to the ground that you would want if you were barefoot, but would still allow you to have the support you need.”

After graduating, she took the concept further and came up with the BareWear Binder.

“Gillian had the perseverance to keep going,” Mah said.

“She had dozens and dozens of prototype versions…and even learned to 3D knit.”

The first batch of the design will be delivered to buyers by the end of November.

“It was a really cool learning experience and ultimately really helped me land the job. [at Adidas].”

The coming year could be even busier for Pinder, who is expecting her first child. She said being a mom would give her a new perspective.

“I’m going to have a baby girl, so in how the industry maybe focuses on different types of athletes and different genders and how we can maybe do a better job of designing for everybody,” she said. “I can only imagine becoming more of a lawyer as a parent.”

Caps have a date with the devils

Losing Adidas would deprive Ye of a key source of income