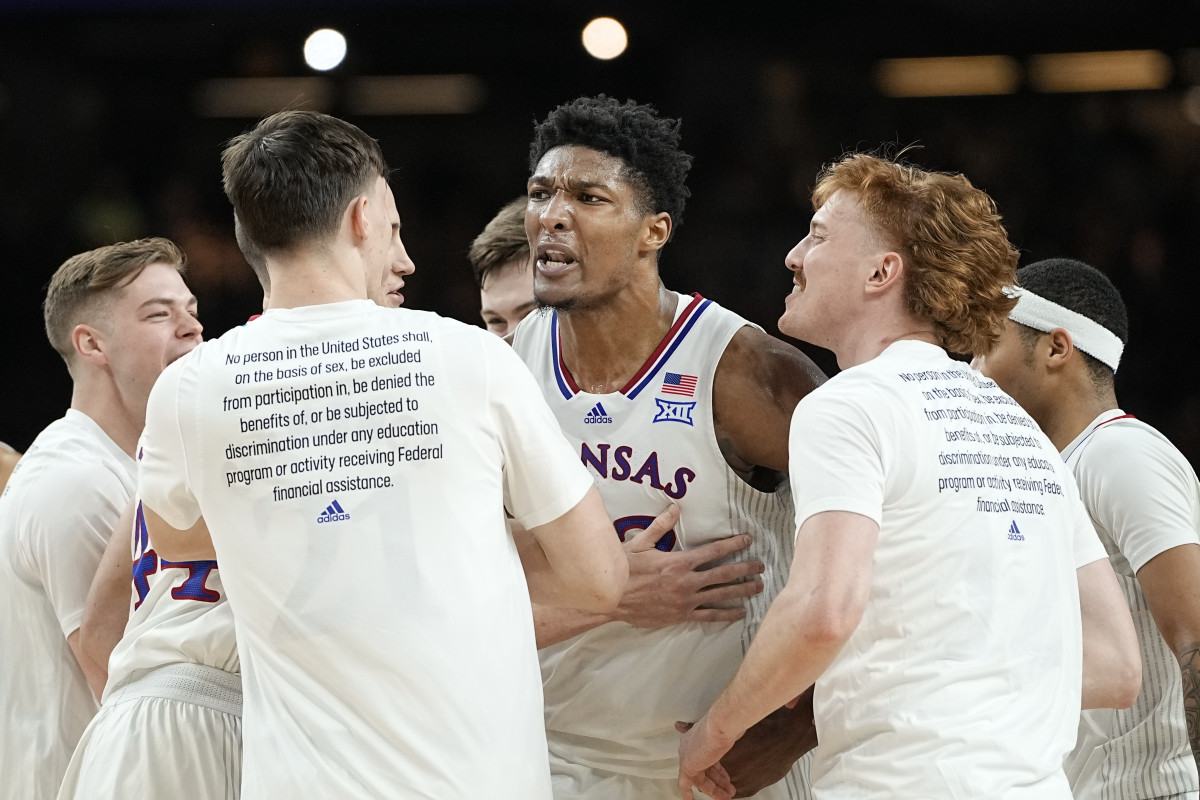 Adidas launched its “Impossible Is Nothing” campaign last week, which gave more than 50,000 student-athletes the opportunity to leverage their name, image and likeness (NIL).

As part of the NIL campaign, Adidas honored the 50th anniversary of Title IX legislation with brand school warm-ups during the Final Four.

The front of the shirt featured text that read “More Is Possible” along with the Jayhawks logo, while the back featured the passage of Title IX legislation.

“No person in the United States shall, on the basis of sex, be excluded from participation, denied benefits, or discriminated against in connection with any educational program or activity receiving federal financial assistance,” the shirts read.

The Jayhawks will have another opportunity to wear the jerseys Monday night if they choose, as the school advances to the national championship game with an 81-65 win over Villanova on Saturday night.