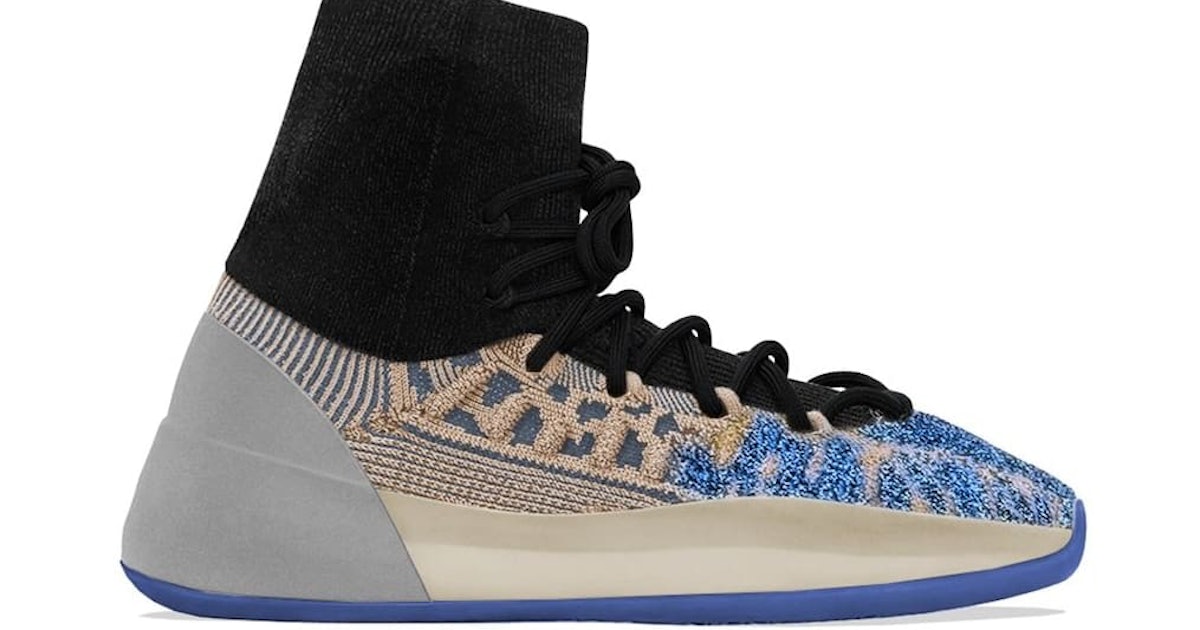 Adidas’ Yeezy BSKTBL Knit returns in a fresh hue ahead of NBA All-Star Weekend, which runs February 18-20 in Cleveland. The court-ready sneaker, which combines Adidas’ Boost cushioning with Yeezy’s innovative design, now sports blue and beige hues across its knit-mix upper. An elongated black collar, reflective heel counter and solid blue outsole completes the design which is set to debut this month.

The timing of the release is certainly no coincidence: Kanye has been trying to put his shoes on the court for years, first partnering with NBA player Derrick Rose and later designing the very first basketball basketball from Yeezy, the Quantum Basketball. Still, there’s been no word on the former, and the latter has been widely snubbed by athletes and hypebeasts due to its odd but supportive hard-shell cage. Pairs of Quantum Basketball sneakers can still be found online for well below their $250 retail price – and just months after its debut, it appears the same is true for the BSKTBL Knit. The $300 shoe now retails for as low as $182, which means its surrounding hype (or rather lack thereof) isn’t enough of a selling point.

Steppin’ courtside – Still, it’s worth pointing out that the BSKTBL Knit is Yeezy’s most aesthetically pleasing performance-oriented shoe. The shoe combines the reinforced ankle of the Quantum with the knit upper of the Yeezy 350 v2 sneaker, for a stylish look. On the upcoming model, a blue “Slate Azure” shade decorates the toe and outsole, while a light tan takes over the rest of the mixed knit upper.

Signature details like a black elongated ankle collar, matching black laces, and reflective heel tips – all seen on the initial design – complete the upper. Below, Adidas Boost cushioning lines the midsole to support those who really shoot hoops in knit kicks.

Don’t play on this one – If you’re looking to try out Kanye’s athletic trainers for yourself, chances are you can easily secure the BSKTBL knit. As the Quantum shows, hypebeasts (and subsequent stockists) aren’t necessarily looking for a performance sneaker, which means its release won’t be as crowded as the Yeezy Slide or Foam Runner.

It’s also worth noting that the BSKTBL Knit sells for a lot more than the typical Yeezy slipper: Adidas has its latest basketball model priced at $260, which is still down from its last price of $300. – possibly a sign that the shoes aren’t selling as well as the brand hoped. Still, those who buy the sneaker in the first place probably don’t do so lightly.

To add another element of exclusivity to its release, the Adidas Yeezy BSKTBL Knit sneaker is set to receive a shock during NBA All-Star Weekend. A larger release is expected to follow in May, though it might be best to wait for the shoe to drop on resale sites. Like its predecessor, the Slate Azure BSKTBL Knit may soon sell for much less than retail.