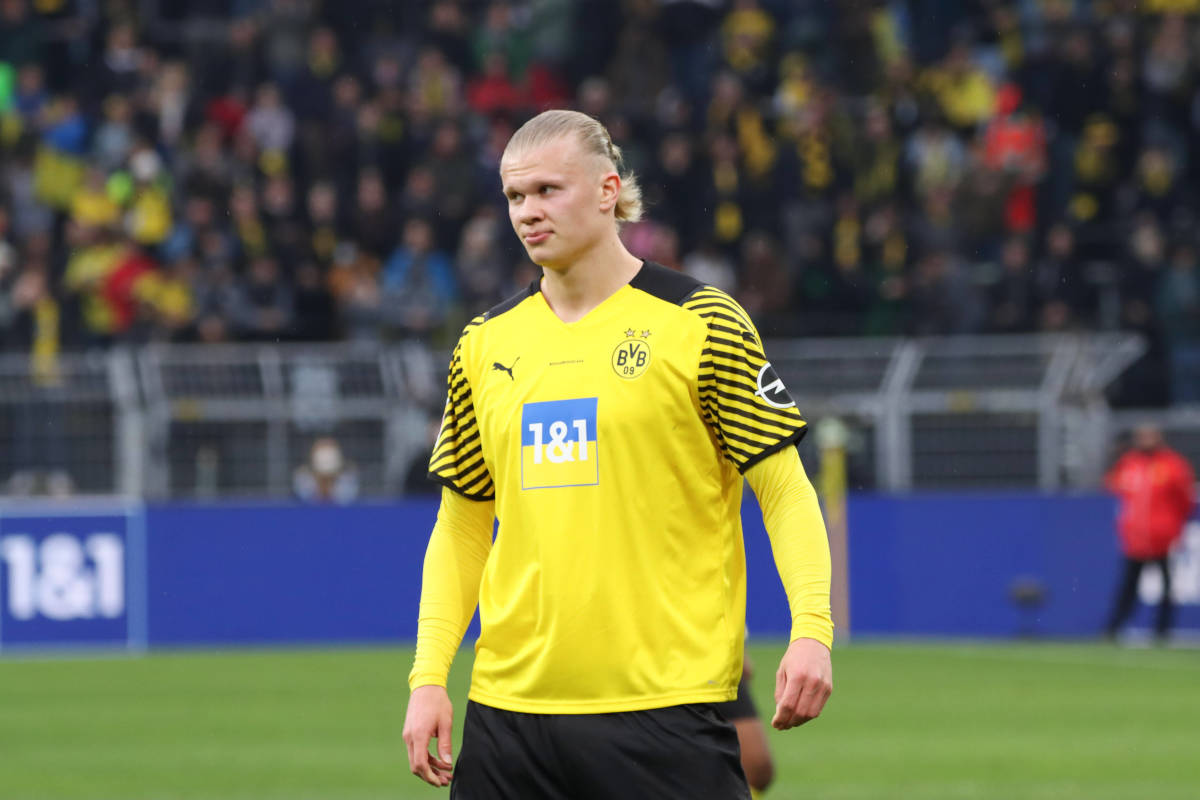 In 2019, Manchester City signed a new long-term kit deal with Puma – worth £65m a year – to replace their already established partnership with Nike.

The ten-year deal propelled the Blues into the third most valuable kit deals in Europe – behind Manchester United’s deal with Adidas and Barcelona’s deal with Nike.

Since the deal, there has been a selection of kits that have become all-time classics in the eyes of City fans, with the recently leaked 2022/23 designs creating plenty of excitement.

Off the pitch, according to Goal España, Puma is in ‘pole position’ become Haaland’s sponsor and intend to push the player to City.

It could be a huge boost for City and – in the event of a transfer – the contract presented to Haaland by Puma would be even bigger than their first offer.

Considering Dortmund’s established relationship with Puma, it’s likely that Haaland’s representatives already have an open dialogue with the brand and that a personal deal being struck isn’t beyond the realm of possibility.

However, each kit sponsor will explore the possibility of securing one of Europe’s most exciting players.

After breaking through at RB Salzburg and continuing his rise at Dortmund, Haaland will feel this summer is the right time to move on and start a new chapter in his career.

Whether at City or Madrid remains to be seen.