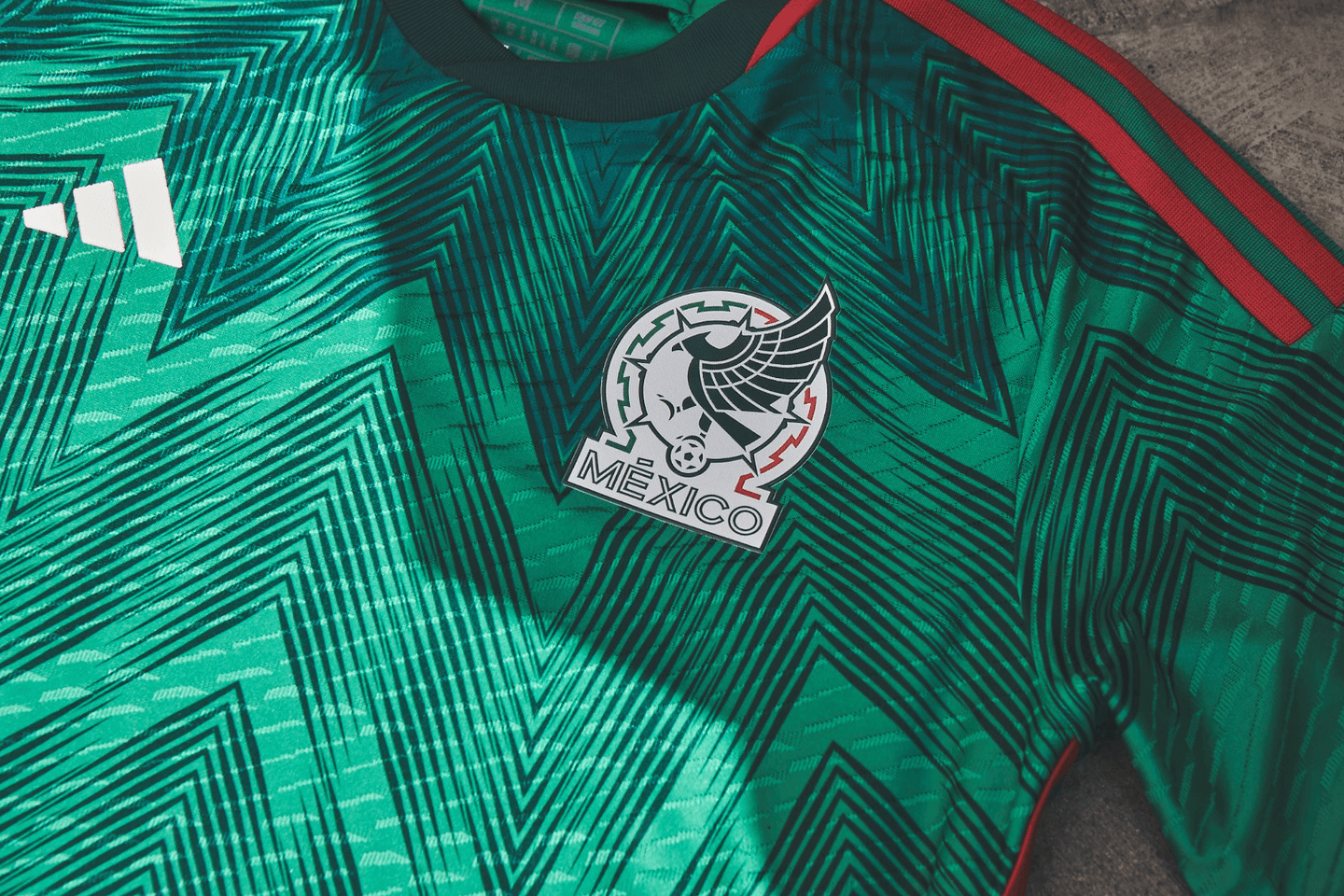 Mexico will be back in green home jerseys for the 2022 World Cup, the Mexican Football Federation and Adidas revealed on Friday. The new kits will debut on Monday when the Mexican women’s team take on the United States in the CONCACAF W Championship – a 2023 World Cup qualifier.

The Mexican team has traditionally worn green home shirts, dating back to the 1958 World Cup, but the federation moved away from them last year for the black and pink “Rosa Mexicano” shirt.

The new jerseys – which are kelly green covered in thin black zigzag lines that run from the neck – are inspired by Quetzalcoatl, one of Mexico’s main deities, according to a statement. Quetzalcoatl is depicted as a snake with feathers on its neck. The zigzag lines refer to a feathered headdress called “copilli” in Spanish, which represents religious and noble power in ancient Mexican culture.

The jerseys have a rounded collar with red stripes, and the back is meant to resemble Quetzalcoatl plumage.

“For this season’s home shirt which will be worn on the biggest stage in football, we wanted to capture the spirit of the nation with a design deeply rooted in Mexican culture,” said James Webb, Senior Product Designer at Adidas, in the press release. . “The head and feathered headdress of the Aztec deity Quetzalcoatl is proudly displayed on the shirt which features an all new crest. We hope this helps to be a symbol to bring players and fans together as they meet their opponents the tougher.”

The Mexican men’s team opens the 2022 World Cup in Qatar against Poland on November 22.

Infiblue: Building the most fun GameFi ecosystem on the market