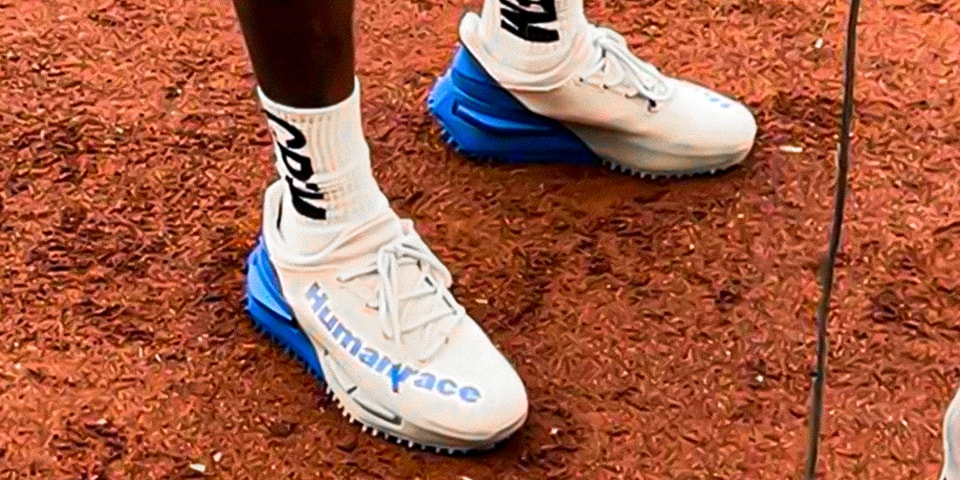 The latest innovations from tend to get more attention from the sneaker community these days, especially when it comes to the brand’s lifestyle category. One series that has gradually expanded in production has been the NMD S1, and it looks like another variant is in the works, as Pharrell was recently spotted rocking an upcoming model at the launch of Billionaire Boys Club x New York Yankees.

Based on this first look, it looks like the original shape is retained, but the upper is designed with a sleeker aesthetic. The knit uppers are devoid of any Three Stripes branding on the quarter panels and are instead adorned with oversized Humanrace lettering that runs nearly the entire sidewall. This particular iteration comes outfitted with lighter beige knit uppers and laces and is contrasted by a bold blue hue that lands on the heel counters and rear ends of the soles. The side angles of the shoes reveal its toothy tread which is likely formed with repeating Trefoil logos like its predecessors.

More information about this new offering will likely appear in the coming months.

For other sneaker-related news, detailed photos of the adidas adiFOM Q have surfaced.

Midday European briefing: stocks slip as if nothing had happened -2-