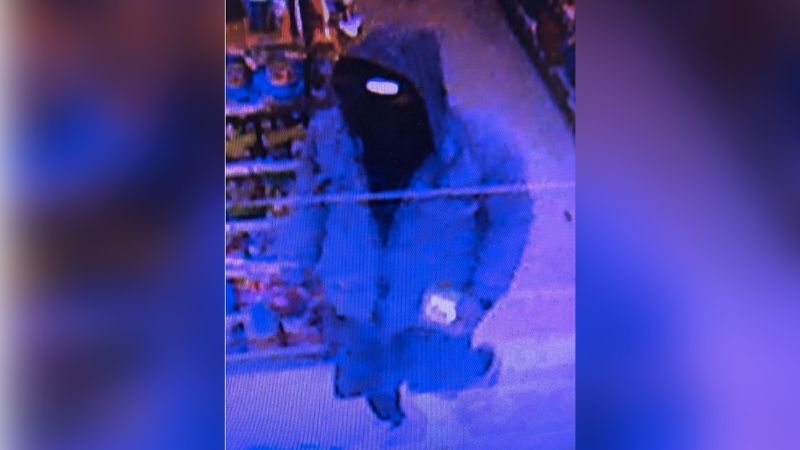 Police search for suspect in burglary

McMINNVILLE, Ore. (KOIN) – McMinnville police are trying to locate and identify the perpetrator of a robbery that took place Thursday.

Just after 10 p.m. on March 10, McMinnville officers were dispatched to a robbery that occurred at the 7-Eleven convenience store located at 901 SW Baker Street in McMinnville.

A male subject entered the store and selected a few items before contacting the clerk at the checkout counter.

Subject presented a note to the cashier, indicating that he had a gun, and instructed the cashier to put cash from the cash register in a bag, along with other items.

A firearm was never seen and the subject walked away with an undisclosed sum of money.

Subject was described as a Hispanic male, approximately 18-23 years old, just over five feet tall with possibly a lean build.

Subject wore a gray jacket with a pocket on the left chest, a black shirt under the jacket, baggy shorts, black leggings, and white Adidas low top shoes.
The shoes. Subject also wore a black cap under the raised hood of the jacket. The cap had a sticker stuck on top of the brim.

One injured after gunfire in southeast Portland

Subject also wore a mask over his face, but a tattoo was visible outside of one of his eyes.

While officers were searching the area for the subject, they were contacted by a citizen who said he saw a male subject get into a silver or gray sedan shortly afterwards.
after the incident, near the area of ​​SW Gilson ST and SW Cedarwood AV. The citizen says that the vehicle left in a hurry.

Anyone with information is asked to contact non-emergency dispatch at 503-434-6500 and ask to speak to Agent Schwartz.