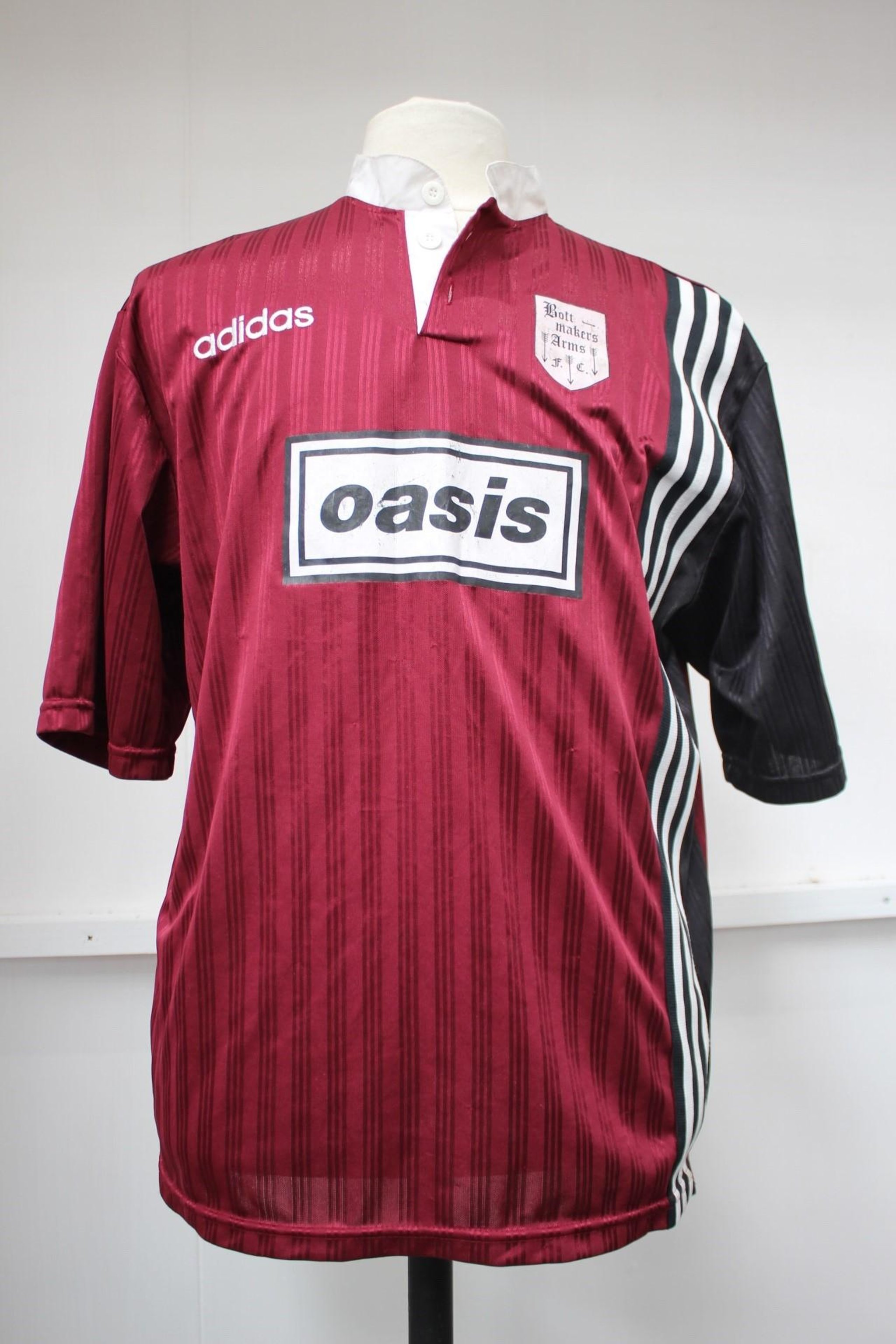 The shirt, one of two specially designed for Oasis, was worn by Noel at a charity football match in 1996. Although the brothers are big supporters of Manchester City, the shirts are a deep magenta red. .

“Oasis” is engraved on the front with a “Bolt Makers Arms FC” badge. The Christmas jersey has’ N. Gallagher ‘and number 7 on the back. The other shirt was made for Oasis co-founder Paul Arthurs.

Register now to our daily newsletter

The newsletter i cut through the noise

The tambourine, used by Liam during the recording of the Oasis What’s The Story Morning Glory album, has an estimate of £ 300-500.

Morning Glory has sold over 22 million copies worldwide, making it one of the best-selling albums of all time. The beaten tambourine that helped him along the way was rescued from the dumpster by Nick Brine, a freelance producer / sound engineer currently based in Alicante, Spain. Nick is parting with some memories collected during a fascinating 28-year career in the music business.

Nick, 44, explained that the tambourine was used during the recording of “What’s The Story Morning Glory”. He was hammered enough at the end of the session and was going to be thrown out – so he claimed it. A very good choice as it has been used on numerous recordings since by bands such as Teenage Fanclub, The Darkness, Kasabian, Arctic Monkeys, Seasick Steve, Steve Harley, Supergrass and The Verve.

The football shirts also reached Nick during a recording session. In 1996, Oasis decided to sponsor one of its local pub teams, The Boltmakers Arms in Keighley, Yorkshire. Adidas made a bespoke kit for the team and unique jerseys for the band members, each with their name on the back. Bonehead (Paul Arthurs) and Noel kindly gave Nick their shirts at Abbey Road Studios in London while recording their album Be Here Now. He was the session engineer.

Tambourine used by Liam Gallagher during the recording of the album Oasis What’s The Story Morning Glory?

Nick, from Monmouth in Wales, also part ways with a Danelectro sitar, estimated at £ 150-200, which was originally owned by another British rock star. It may also have ended in a jump without Nick’s intervention.

The sitar was owned by Justin Hawkins, singer of The Darkness, and was used on several of his recordings. Justin smashed the instrument on stage, the top half ended up in the crowd at the Reading Festival, according to Nick who collected the bottom half – and it still works!

Autographs of the Beatles, an Iron Maiden cymbal, several electric guitars, an eclectic mix of records, CDs and movie memorabilia and much more will also be put under the hammer on November 2.

If you have any music or movie memorabilia you plan to auction off, email Josh McCarthy, Hansons Music Memorabilia Expert, at: [email protected]

Piece of electric sitar used and broken on stage by Justin Hawkins of The Darkness.

What to expect at the Adidas Philippines Brand Center