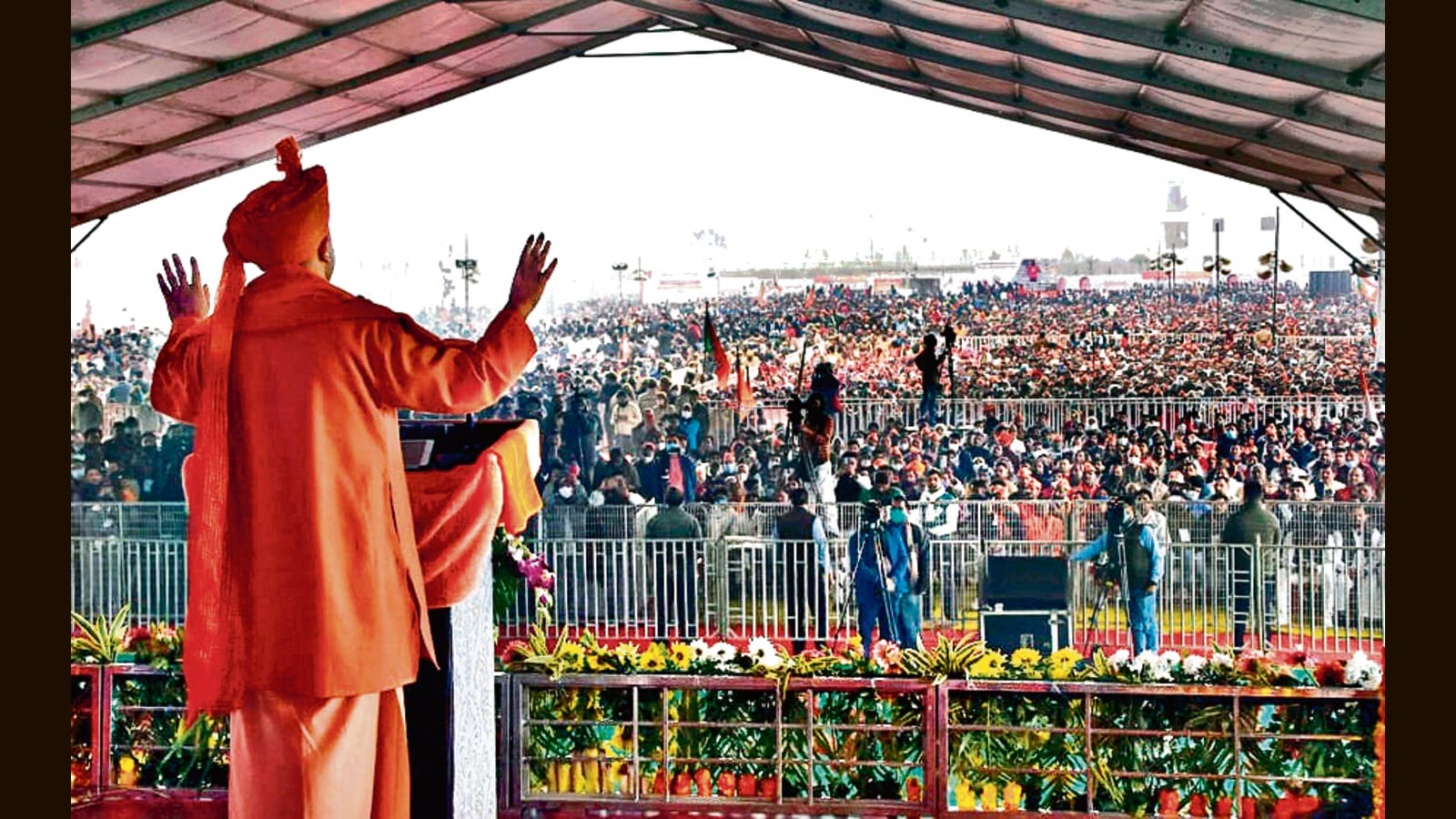 UP polls: Consolidation of Muslim and Hindu votes in focus in Saharanpur

Mohammad Ilyas (57), considered a scholar in his neighborhood, is exasperated. Every morning around 9 a.m., a group of local residents meet in his one-room teaching center for tea and a chat. The conversation was pretty much the same last month, which caused her annoyance.

Ilyas, a lifelong Congress voter, advocates a shift in support for the Samajwadi party. His decision is dissected to the bone, with the men around him playing devil’s advocate. What has Akhilesh Yadav done for Muslims, one asks. Another argues that only the All India Majlis-e-Ittehadul Muslimeen truly represents Muslims. And Ilyas has had enough.

Waving for them to leave so he can tend to his students, he has one last word. “I’m not saying this is all wrong. But think of the government when you vote. There is only one party MP (Party MP Bharatiya Janata and candidate Brijesh Singh) who has announced that he will rename Deoband to Devvrand. Only another government will prevent this from happening.

Similar conversations are taking place in Muslim neighborhoods in western Uttar Pradesh, which is heading to the polls in the first two phases of assembly elections. No more than in Saharanpur district, home of Deoband and Darul Uloom Deoband, one of the most influential Islamic seminaries in India.

In 2012, with a population of 41.95% Muslims and 21% Dalits, of its seven seats, four were won by the Bahujan Samaj party, one by the BJP, one by the Congress and one by the SP. In 2017, aided by fierce Hindu polarization, the BJP won four seats, including Deoband, two in Congress and one in the SP.

The Deoband figures tell the story. The city is 71% Muslim, but overall the constituency is 40% Muslim. In the 2017 elections, Singh garnered 102,244 votes, helped by a nearly median vote split between the SP and BSP, both of which fielded Muslim candidates. BSP’s Majid Ali got 72,844 votes and SP’s Mavya Ali 55,385 votes.

“The BJP says we are polarizing, we only look at our religion and vote. But look at Deoband. That’s what they do, constantly vitiating the atmosphere,” Ilyas said. “They want to erase us, erase all the institutions we have, by renaming this place. And only a change of government can stop that.

Much of the SP’s strategy naturally revolved around consolidating Muslim votes and breaking up the BJP’s attempts at Hindu consolidation. In Nakur, 26 km from Saharanpur, their candidate is Dharam Singh Saini, who was a BJP minister and sitting MP, and one of the most prominent leaders of the Other Backward Classes (OBCs) who joined the SP along with Swami Prasad Maurya.

When Saini filed his nomination, posing smiling in the same frame was his former enemy and controversial leader of Saharanpur, Imran Masood, whom he defeated in the 2017 elections. Between them, in Nakur, they got more than 70 % voices. Masood, who was previously arrested in 2014 for an alleged hate speech against Prime Minister Narendra Modi, left Congress to join the PS, where he was general secretary.

Although these measures are encouraging for the opposition, there are still problems to be solved. Even though Masood said he would stay with the SP and go around the SP candidates, there are still whispers that he is unhappy not to get a ticket.

From Deoband, two candidates, Kartikeya Rana, the son of former Deoband MP Rajendra Singh Rana, and Maviya Ali have both filed for the SP, with the party specifying Rana as their candidate. But Ali has not retired yet. In Saharanpur, while serving in Congress, MP Masood Akhtar joined the PS with Masood, he did not receive a ticket.

The opposition also faces a BJP campaign clearly focused on Hindu consolidation, led so far by Chief Minister Yogi Adityanath and Union Home Minister Amit Shah. While campaigning in Deoband and Saharanpur on Saturday, Shah asked the crowd if they had forgotten the Muzaffarnagar riots, and if the SP returns to power, those days will return.

In the village of Banderjudda, 10 km from Deoband, Ravinder Singh Rajput said that this time too the Hindus in his village would vote for the BJP. “We are not completely satisfied with the work done by this government. Our young boys are all unemployed,” he said. “But if we vote for someone else, Muslims will become powerful again.”

Except that, even as Shah talks about the Muzaffarnagar riots, there is another violent conflagration that may thwart attempts at a large Hindu umbrella. About 30 km from Banderjudda, on the outskirts of Saharanpur, lies the village of Shabbirpur. Two months after the BJP took power in Uttar Pradesh, it was the epicenter of the massive Dalit-Rajput riots that erupted in May 2017, which left one Rajput dead, 25 Dalit homes torched and days of troubles.

In Shabbirpur, Lakshmi Devi says these wounds have not healed and the two communities have not come together. “Even then they kept saying the government and the police were theirs, not ours. To this day, every time something small happens, that taunt is thrown at us,” she said.

In 2017, as elsewhere, while most of the Jatav had supported the BSP, a section broke away towards the BJP, including Devi, impressed as she was by Modi. Non-Jatav Dalits were even more supportive of the BJP.

“Not this time. We now know what they think of us. Politicians can say anything in their speeches. On the ground they don’t believe we are equal,” Devi said. a party of Thakurs, and they are not with us.”