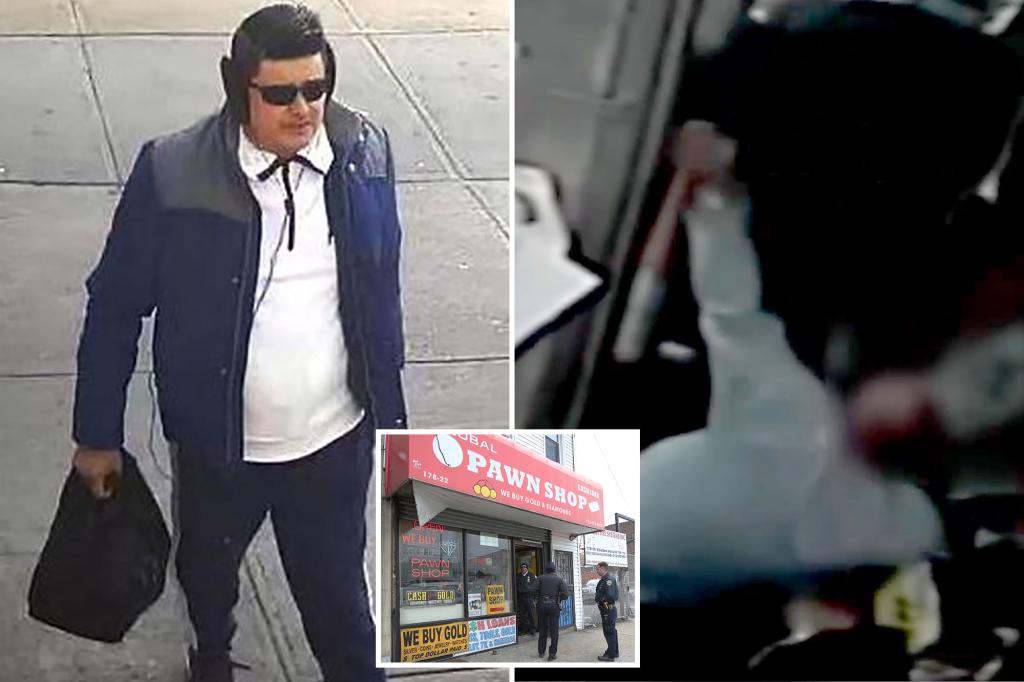 Shocking video footage shows the moment a Queens pawnshop owner was beaten so badly with a metal rod that cops initially thought he had been shot in the head.

The clip, released by the NYPD early Friday, shows the 60-year-old owner of Global Pawn Shop in Jamaica on the floor desperately trying to raise his arms to stop the constant flurry of beatings on Monday afternoon.

Her black-clad attacker – seen more clearly in footage also released on Friday – instead repeatedly pushed the helpless victim to the ground to continue the bloody assault.

The beatings were so savage that responding officers initially assumed he had been shot in the head, only to learn it was blunt force trauma once he was at Jamaica Hospital Medical Center.

The victim remains in critical condition, according to cops, who said they still don’t have a motive for the attack.

The 10-second clip was released on Friday alongside a series of clearer images of the suspect still wanted for the brutal beating.

While he was originally seen in a dark blue jacket with a hood, a face mask and a green Adidas baseball cap, more recent footage clearly shows the black-haired suspect’s face as he walks with earmuffs and sunglasses.

The suspect is described as approximately 5ft 7in tall, weighing 150lbs, with an average build and medium complexion. He was last seen fleeing west on Jamaica Avenue, the NYPD said.