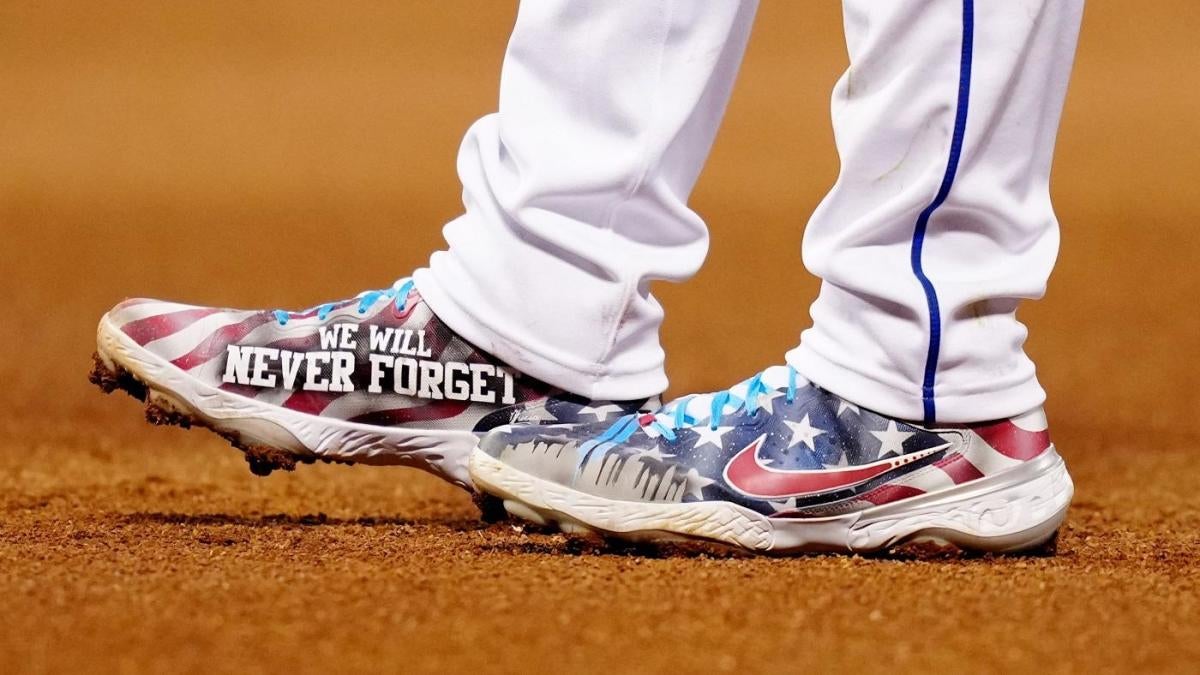 Saturday marks the 20th anniversary of September 11, the deadliest terrorist attack on American soil, and Yankees and New York Mets players pay their respects to those who lost their lives and to first responders with their clothes on. Yankees outfielder Aaron Judge, along with Mets’ Pete Alonso and Kevin Pillar, wore 9/11-inspired studs during their game at Citi Field.

As a team, the Mets wear 2001-style uniforms as well as hats and helmets honoring the New York Police Department, NYFD and various other organizations that responded to the game.

While the Yankees aren’t changing their uniforms – other than some wearing NYFD hats – the players shared what 9/11 means to them while offering their thoughts and prayers.

“I am proud to be in New York today, to be a part of the memory of the lives lost and to honor our heroes,” Yankees first baseman Anthony Rizzo wrote on Twitter. “God bless the memories of those we have lost and bless their loved ones who continue to live with pain and loss. We will never forget.”

“Thank you to the heroes who mobilized to help in the face of danger 20 years ago,” Taillon wrote on Twitter. “I can’t help but think of the families who were missed by loved ones for all of the precious moments and life milestones over the past 20 years. I think of all those affected.”

Ahead of the game, Yankees and Mets players joined the midfielder to honor those who lost their lives or fought to save them in the 9/11 attacks.