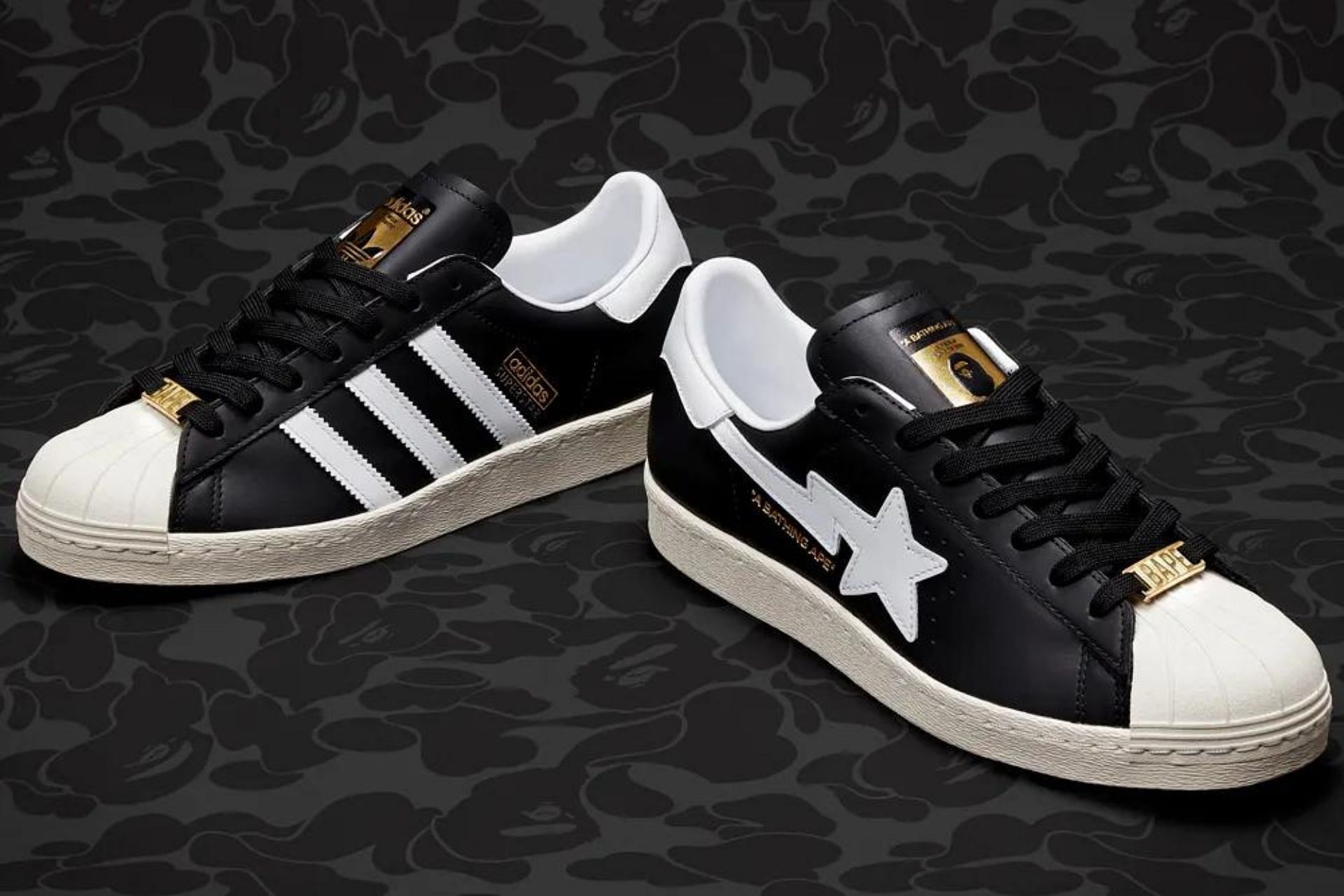 Japanese streetwear brand A Bathing Ape, aka bapereunites with German sportswear big boss Adidas to release yet another makeover of the ’80s Superstar silhouette. This collaborative silhouette comes after the release of the previous SS21 collection launched by the dynamic duo.

This is the third time the dynamic duo have worked together to revamp the ’80s Superstar model. The Japanese streetwear label announced the launch of the collaborative shoes via an official press release on November 4, 2022.

The press release announced that the latest makeover of A Bathing Ape x Adidas Originals Superstar 80s will be released on the official e-commerce site of Bape, Adidas, and select retailers on Thursday, November 10, 2022, priced at ￥20,900 (approximately $143).

A Bathing Ape ended their journey with Adidas in 2021 with the release of Super star kicks to celebrate the model’s 50th anniversary. As 2022 draws to a close, the Japanese streetwear label is back with the German sportswear giant to release a timeless design featuring a black and white palette. The official press release features the sneakers,

The official site further outlines why the shoe is going to be a hit among sneakerheads and fans alike,

“Both brand logos on the shoe tongue and lacing charms are gold in color, accenting the classic black body. Featuring a color scheme typical of a collaboration between the two brands and is sure to be a hit with fans from both brands. The new BAPE® and adidas Originals shoes will be available in a special ABC CAMO shoe box, green.”

The latest silhouette is a flip of the white and black iteration of the 2021 release, as this time the base of the sneaker boasts of a premium black leather upper with white on the three stripes and the Bape pattern Sta.

White accents rest on the star logo, sock liners and heel tabs. The black and white makeover comes with a voile shell toe and gold accents on the tongues and laces.

The inner and outer sides of the sneakers also feature the meteor logo. The right and left heels also feature the Adidas Originals trefoil and Bape Sta logos. Dazzling gold is featured on the mismatched logo on the tongue and the metallic buckle on the laces.

The trainers feature ‘A Bathing Ape’ branding to the midfoot, and the look is completed with white midsoles and outsoles. Finally, this shoe will be accompanied by Bape ABC green camo shoe boxes.

The latest Bape x Adidas Superstar 80 silhouette will launch on the official e-commerce site and physical stores of Bape, Adidas and select retailers on November 10, 2022. The shoe will launch at a retail price of ￥20,900 (approximately $143 ). ), while the label has yet to announce the US price.

Run, don’t walk – you can get 50% off adidas Ultraboost trainers right now