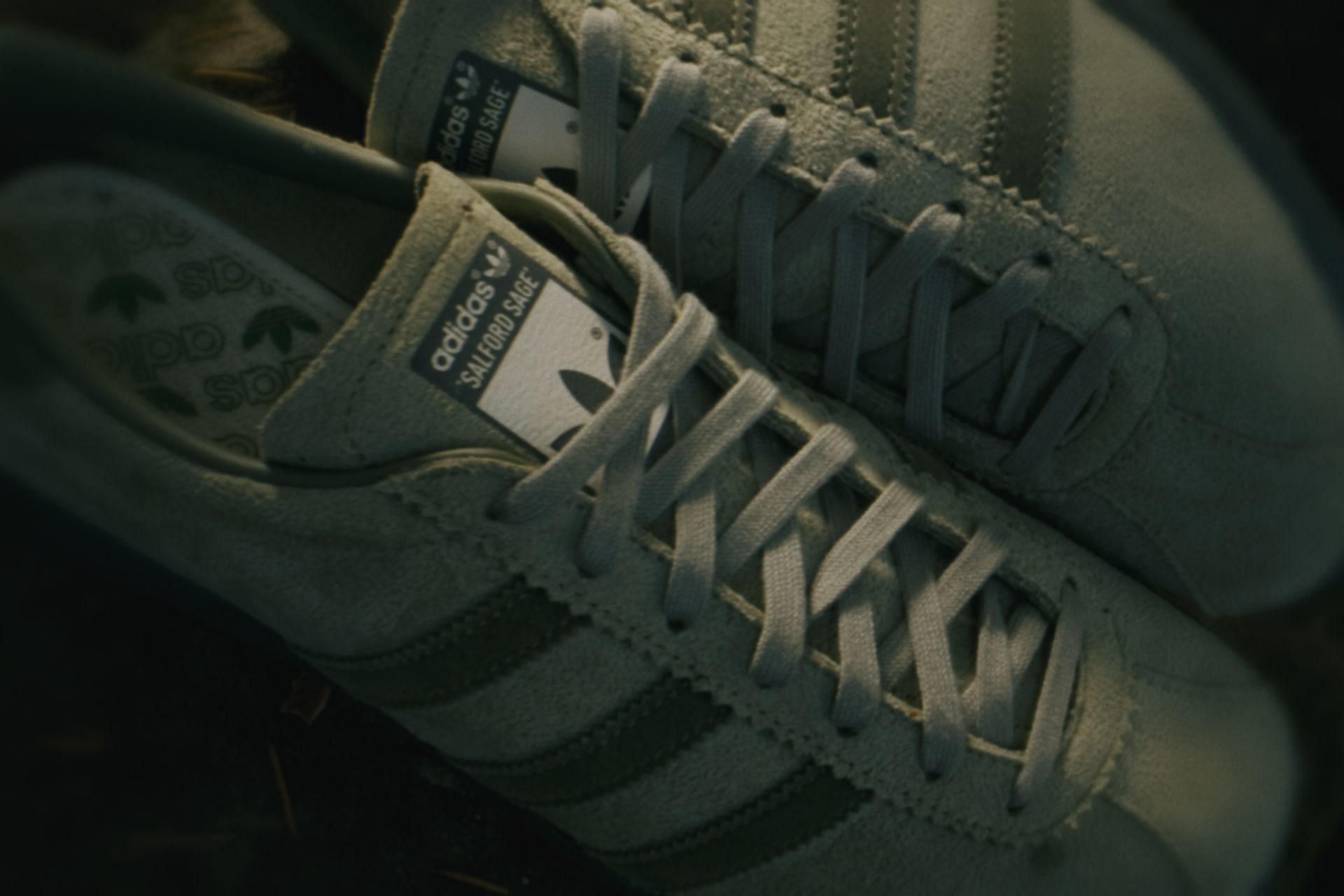 British boutique Oi Polloi continues its partnership with German sportswear giant Adidas. The duo collaborated for the third time to release a new silhouette, dubbed Salford Sage. The latest silhouette from the dynamic duo, Salford Sage, is inspired by nature.

The duo, who launched their partnership in 2014 to create Ardwick shoes, drew inspiration from classic three-stripe silhouettes for the new Salford Sage.

British boutique Oi Polloi, based in Manchester, marked menswear with carefully selected products. Its global reach has grown through collaborations with renowned brands such as Adidas, Berghaus, Carhartt WIP, Fred Perry and Sebago, to name a few.

Having launched a partnership with Ardwick, released in 2014, the duo recently launched the world’s first eco-friendly terracing shoe, the Adidas Moss Side, in a green hue. The duo have now revisited their partnership with another green sneaker, continuing their streak. The official website presents the shoe,

“First came the Ardwick, then came the Moss Side… and now here comes the Salford Sage, the third entry in our trilogy of green adidas shoes. We return to our first installment with these understated beauties using the tested formula and tested in sumptuous shaggy suede and a simple, terrace-adjacent design.”

The third green sneaker takes some notes from the aforementioned Ardwick design released in 2014, as the Salford Sage has a similar suede upper.

The upper sits on a contrasting green rubber midsole, which is thin. Furthering the monochromatic look this time around, the Three Stripes overlay on the upper is coated in a Dark Green hue, while the rubber outsole is coated in an even darker Green hue.

Other details include co-branded tongue tabs, which feature the name Salford Sage as it refers to the safe colourway and the town of Salford – found in the Greater Manchester area. The low-profile sneaker comes draped in a colorway, perfect for fall.

A high-octane campaign video accompanied the sneakers’ release on Thursday, September 8, 2022, at 8:00 a.m. BST at a retail price of £85 (around $98). According to media Hypebeast, a possible wider release could take place on the official Adidas e-commerce site and at select retailers.

In other news, Adidas is working with Damian Lillard to release two new iterations of the Dame 8 silhouette. The shoes are set to launch on the label’s official Three Stripes e-commerce site and at select retailers on September 10, 2022, for a price $130 retail.

As the festive season arrives soon, we can expect new designs from several brands – keep a close eye on the brands’ websites for updates!